In a sign that the California State Legislature can move quickly when it wants to, recently a $1 Billion Emergency Drought Package, was proposed, passed, and signed into law by the Governor.

The law includes $267 million for water development, including recycling, desalination and drinking water; $131 million for direct drought response, including food assistance, emergency drinking water, protection of fish and wildlife, invasive species protection, and emergency water supply and education; $660 million for urban/rural flood protection, mainly in the Central Valley. The funding comes from the Proposition 1e water bond approved by voters in 2006 that must be spent before 2016.

We praise the Governor and Legislative leaders for acknowledging the problem that we have been concerned about for years. For more than a decade we have been speaking with policymakers about the need to address the lack of new storage and conveyance in a generation, and complicated environmental laws that make even the smallest infrastructure extremely difficult and expensive to undertake.

Two bills in the California State Legislature are addressing the issue of AEDs (defibrillators) in commercial buildings.

From the feedback we've received from BOMA members, one reason AEDs are not omnipresent is due to the training requirements that addressed in SB 658, that is why BOMA is supporting the measure.

Although the new California Energy Code – commonly referred to as Title 24 Standards – just came online earlier this year, the state is just about to adopt an updated standard (review the next article below for details).

On April 10, the California Energy Commission is hosting a public hearing regarding the 2013 Energy Code Standards and we would like your feedback about policy and cost concerns to carry forward to this hearing.

Send all comments to mhargrove@cbpa.com.

A number of BOMA California members have let us know that the lighting control issue is having a major impact on costs and complexity of Tenant Improvements. This issue has been discussed at length at several CEC board meetings, and BOMA members and staff have used anecdotal information to work with CEC staff and commissioners to get the item on the agenda for review. However, actual examples of this issue are needed so that we can advocate changes to the regulation. These examples can be used sans company name. If you can provide assistance on this issue please let us know.

Below is an article on the lighting control issue that can give you some additional background and the CEC notice of hearing.


The official proposed changes by the California Energy Commission to Title 24, Part 6 (CA Energy Code) was released earlier this week. BOMA California is currently trying to analyze the proposal and prepare comments on behalf of industry.

The Notices of Proposed Action for the 2016 revisions to the Title 24 Part 6 Building Energy Efficiency Standards, and separately for the voluntary provisions in Title 24 Part 11, can be found here.

If you have experts at your company that can review the proposed regulations and provide feedback that would be helpful.  Send all comments to mhargrove@cbpa.com.


Final proposed codes are scheduled for adoption at the CECs May 2015 Business Meeting.

Posted by John Bozeman at 2:42 PM No comments: 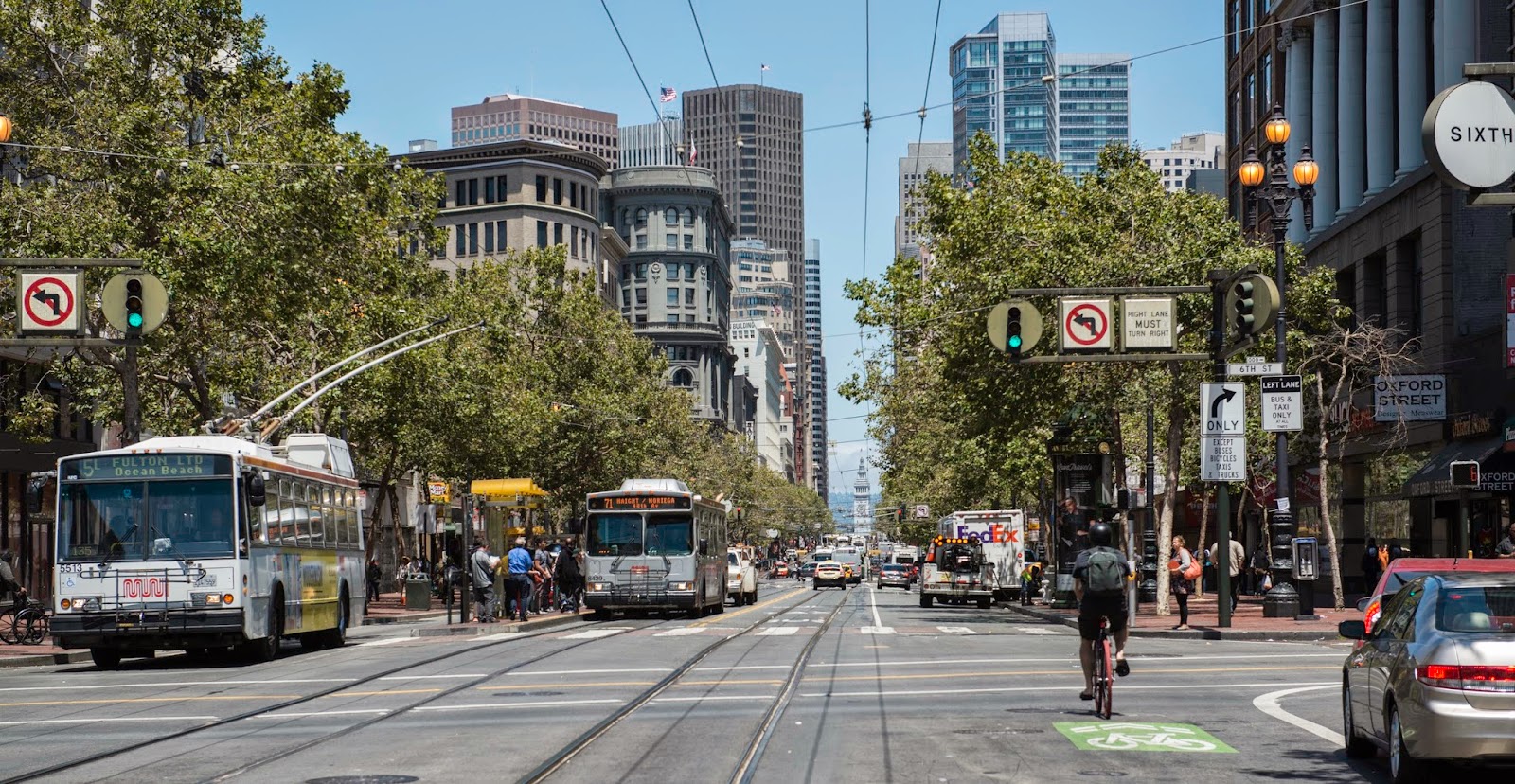 The Safer Market Street team is planning changes to the way various modes of transportation move up and down on Market Street.  These updates will commence in the Spring/ Summer of this year and the San Francisco Municipal Transportation Agency (SFMTA) is hosting a public hearing next Friday March 6 to solicit public feedback on the project.

Safer Market Street is one of over 24 projects to be expedited to address the disproportionately high number of severe and fatal collisions along high-injury corridors such as Market Street. Safer Market Street will help achieve the Vision Zero goal of eliminating all traffic fatalities citywide by improving safety across all transportation modes. The extension of transit-only lanes and turn restrictions between 3rd Street and 8th Street on Market will reduce conflicts between pedestrians, bicyclists and motorists.

To date they have held two Community Workshops to receive feedback on the proposed transit-only lanes and turn restrictions as well as informational signage as you approach Market Street and potential new loading zones. Click here for the Public Hearing Notice that provides details on the location and conditions of the transit-only lanes, turn restrictions, loading zones and parking changes incorporating public and SFMTA feedback. Additionally, an updated fact-sheet can be found here with more details and graphics regarding the proposed conditions.


www.sfmta.com
Posted by John Bozeman at 11:06 AM No comments:


Applications for the TJPA CAC are due this Friday, March 6, 2015. We would appreciate it if you would share this information with anyone you feel may be interested in applying for TJPA CAC membership.

Please see the links below to the announcement and the application forms. Applications are due by March 6, 2015, and are to be submitted to the Transbay Joint Powers Authority, 201 Mission Street, Suite 2100, San Francisco, CA 94105 or via e-mail to TJPACAC@transbaycenter.org. Applications are also available on the TJPA website at http://transbaycenter.org/tjpa/cac/about-the-cac.

Thank you very much for any assistance you can give us in getting the word out and distributing the announcement and application.

Posted by John Bozeman at 10:33 AM No comments: