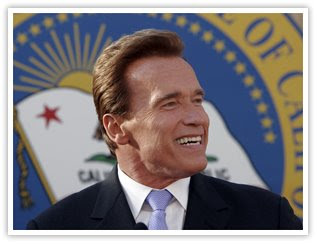 Governor Arnold Schwarzenegger spoke at the Commonwealth Club recently to promote the California budget reform measures on the ballot on May 19th. Your BOMA advocacy team was in attendance and listened assiduously to Gov. Schwarzenegger’s commentary. The Governor spoke about the Legislature’s recent budget compromise which included reform measures (for the budget to work as planned, all six budget reform measures must be approved by voters), his support for changing the initiative process, the fact that he has never looked into the split roll tax issue with regard to Proposition 13, and many other issues. You can listen to the entire program here.
Posted by John Bozeman at 12:55 PM