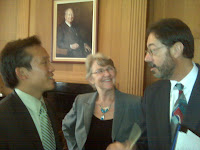 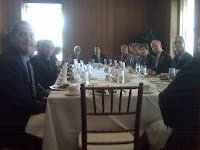 BOMA San Francisco’s leaders welcomed the San Francisco Board of Supervisors President, David Chiu, to a special luncheon held in the Bechtel Dining Room at the City Club, for the purpose of establishing a dialogue between Supervisor Chiu and the city’s commercial real estate industry. Chiu, a Harvard graduate, managed a high tech company before winning the District 3 Supervisor seat in November 2008.

Supervisor Chiu shared his thoughts and observations on local governance. He identified several things he felt could be done to make government work better and provide for a sustainable economic future, including:

Supervisor Chiu said it was a difficult and painful process this year to close an almost $500 million deficit to balance the budget and that he didn’t see how the City could cut services any further. He also was very concerned that further state funding reductions will have significant impacts on this fiscal year. (July 2009 – June 2010)

Chiu elaborated on his desire to reform the city’s tax structure to eliminate the payroll tax, as he considered it totally regressive and a job killer. He also said he was familiar with ’ recent tax overhaul project, and that its success there should be carefully reviewed for application here.

Chiu defended the city’s formula retail (chain store) bans and restrictions, stating that constituents in his district, in particular, were probably one of the most concerned about losing their local character through over commercialization by national chains. One BOMA member countered: what is preferable - a chain store or a vacant store space? Another member stated that had lost approximately 14,000 jobs in the last 18 months, if based on the amount of office space that has come back onto the market for lease. Mr. Chiu reaffirmed his commitment to making economic development a priority. He also stated he wanted to continue to assemble key stakeholders in his effort to deal with the city’s continuing budget crisis.

Chiu also defended the upcoming November ballot measure that calls for lifting the cap on two aides for each Supervisor. He said that staffing needs for Supervisors should be determined in the budgeting process, and not by City Charter.

BOMA members pointed out to the Board President that the City should speed up its reassessment process as millions of dollars are waiting to be paid based on recent commercial property sales. Members gave examples and opined that was easily the slowest jurisdiction in the state when it came to issuing out reassessment bills.

BOMA San Francisco’s leadership applauded Supervisor Chiu’s interest in tackling these important issues. They also shared information on the state of local commerce and the employment picture as seen through their eyes, and reported what BOMA members have experienced partnering with and trying to retain their small-business tenants.

Posted by John Bozeman at 11:47 AM No comments:

Email ThisBlogThis!Share to TwitterShare to FacebookShare to Pinterest
Labels: San Francisco Board of Supervisors 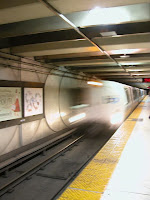 Posted by John Bozeman at 10:56 AM No comments:

Phil Ting, San Francisco Assessor/Recorder, recently visited with BOMA San Francisco’s Political Action Committee Board to discuss his support for creating a split roll property tax in . Ting said Proposition 13 needed to be amended to allow commercial property to be taxed at a higher rate, or higher rate of increase, or through more frequent re-assessments than residential property. Ting said the state’s continuing annual budget crisis demanded major reforms, one of which should be the creation of a split roll tax. Ting estimated such action could generate an additional $6-7 billion in annual revenues to local and state governments.

Of course, the Building Owners and Managers Association and its members at this meeting adamantly disagreed with Ting, and stated any split roll tax model would be inherently unfair and discriminatory. Our members also stated the state (and !) first needs to reduce its overall costs before taxes are raised by any means.

It’s hard to understand how can have a $100 billion annual state budget, spend nearly half of that on education and STILL end up with lower per pupil spending than most other states. Californians are also spending far too much money and receiving too little return on their investment if our overwhelmingly poor performing student results are to be believed. Clearly, radical change is needed, but we’re not convinced that means more money or higher property taxes are the solution.

’s state government needs to be smarter in the way in which it uses the revenues that are collected. Californians need to be provided with greater accountability from every agency and school system that’s funded by their tax dollars.

The fact is, other states are vigorously going after our CA businesses in an effort to get them to re-locate. The Silicon Valley Business Times recently ran a story that illustrated why companies are leaving for places like , , and . In fact, 19 Silicon Valley companies have already established satellite offices with more than 100 employees each in , alone. Their reasons: the cost of doing business in is simply too high and they considered the state to be unfriendly to business. Consequently, those firms won’t be expanding their shops in the .

As owners/managers of CA commercial real estate, BOMA members are very concerned about job loss, and want our political leaders to do everything they can to combat it. Adding the uncertainty of a split roll tax on business would not be helpful in trying to convince firms thinking of relocating to not do so. Adding any new taxes onto the private sector when it is shrinking to support an over-extended public sector is simply pushing the state further toward the abyss of bankruptcy.

It may be that the voters of this state will have to re-write ’s constitution to revise the way we conduct and fund government and pass laws. However, BOMA cannot support the raising of any taxes, including property taxes, without demanding reductions and reforms in government spending first. I believe we have reached a “tipping point”, accelerated by the economic recession, wherein our state’s private sector can no longer afford the local and state public sectors that have been built up over the past several generations. It we don’t “right size” state and local governments, the private sector will pick up and leave, and then what kind of property taxes can our local and state governments expect from empty buildings!

Posted by John Bozeman at 4:23 PM No comments: 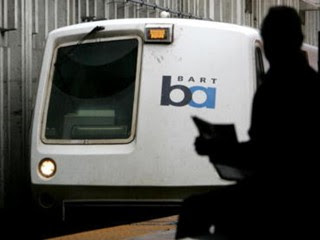 Posted by John Bozeman at 11:32 AM No comments: 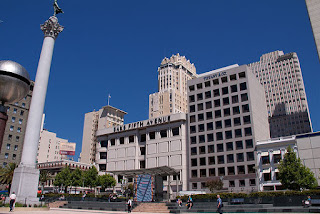 The Union Square Business Improvement District (BID) expansion was approved by the San Francisco Board of Supervisors and the District property owners yesterday . Started in 1999 as the first BID in the City, the Union Square BID will increase from 10 blocks to 27 blocks and allow all property owners within the BID to collectively benefit from cost effective services such as: sidewalk sweeping, steam cleaning, graffiti removal, landscaping, and increased SFPD patrols.

For more information on the Union Square BID, please click here.
Posted by John Bozeman at 7:31 PM No comments: 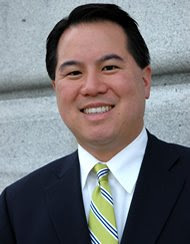 The following are the highlights from the meeting:

What are BOMA 's objections to a split roll tax?


The BOMA San Francisco Political Action Committee expressed its gratitude to Mr. Ting for his management and leadership as the county’s Assessor, and thanked him for sharing his thoughts on this topic, although we firmly oppose it. Mr. Ting invited the BOMA SF PAC to provide him with ideas to help balance future state budgets, and said he valued the close relationship he has with Ken Cleaveland, and the rest of the BOMA Advocacy team, and membership.

Posted by John Bozeman at 6:51 PM No comments:

Mayor Gavin Newsom is profiled in this month's issue of Fast Company Magazine.

Posted by John Bozeman at 6:23 PM No comments:

Posted by John Bozeman at 2:52 PM No comments:

Posted by John Bozeman at 12:30 PM No comments:

Posted by John Bozeman at 10:56 AM No comments:

Your BOMA San Francisco Advocacy Team and member leadership attended the San Francisco Business Times' 2009 Structures breakfast recently. The guest speakers included:
With the tumultuous downturn in the commercial and residential real estate markets, the event, which focused on the future of San Francisco from a development standpoint, was informative and timely. Here are the highlights:

Posted by John Bozeman at 5:00 PM No comments:

Posted by John Bozeman at 2:55 PM No comments: