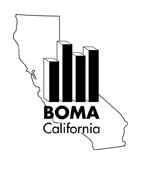 The regulatory process will start in April and adoption is expected this summer with the standard applying to projects whose permit applications are submitted to the local building department on or after July 1, 2015.