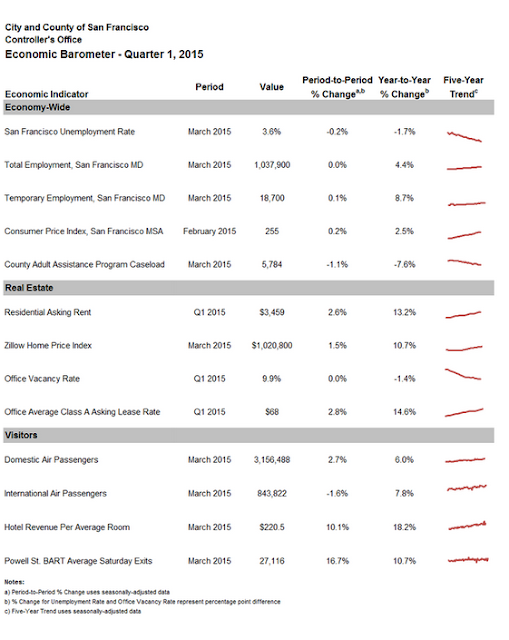 The purpose of the Economic Barometer is to provide the public, elected officials, and City staff with a current snapshot of San Francisco economic indicators. The Economic Barometer reviews general economy-wide employment indicators, as well as major sectors of the City's economy, including real estate and tourism.

Issuance of the Economic Barometer will be on quarterly basis. Indicators will be updated at sfbarometer.weebly.com, which will include data visualizations of the economic indicators along with a PDF of the quarterly summary. Data on the website will be updated throughout the quarter as it becomes available.