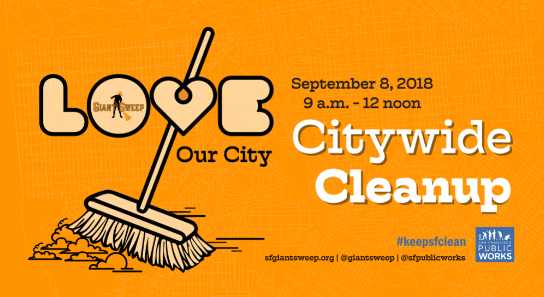 San Francisco Department of Public Works (SFDPW) is putting together a citywide cleanup on September 8th, from 9:00 a.m. until Noon.

They are urging all San Franciscans – residents and business owners – to take a moment to sweep in front of their homes/businesses and pick up litter in their neighborhood. It’s a simple ask! For those who do not own supplies, the SFDPW will have 3-4 kickoff sites in each Supervisorial District with supplies for people to borrow. District supervisors will be at select kickoff locations.

Supervisors will be welcoming neighbors at their respective sites highlighted in orange.