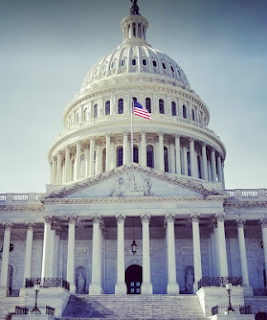 On, March 14, the U.S. Senate introduced a bill to correct the qualified improvement property (QIP) tax error that occurred in 2017’s historic tax legislation. Fixing QIP is one of BOMA International’s top legislative priorities, and this new legislation came just days after dozens of BOMA members met with 64 lawmakers or their staffs to advocate for this and other issues as part of the 2019 New Congress Fly-In.

In the hope of simplifying the tax code, the Tax Cuts and Jobs Act of 2017 combined the definitions of leasehold, restaurant and retail improvement property into “qualified improvement property,” but the language granting those property types a permanent 15-year depreciation period, as intended by Congress, was accidentally left out of the final bill. This resulted in two problems. First, the depreciation for interior improvements was reverted to 39 years, up from 15 years. Second, the tax bill also allowed for temporary 100 percent depreciation of property until 2022 with a class life of 20 years or less, but this error prevents QIP from being included.

This issue has resulted in cost-prohibitive renovation projects and stalled investments. As building owners negotiate leases with tenants, QIP is considered while determining tenant improvement dollars. Those dollars bring in building trades such as painters, carpenters, plumbers and electricians. With less money for tenant improvements, these local jobs also will suffer.

The new bill would ensure that the full cost of store, office or building improvements can be immediately expensed until 2022 and at a 15-year depreciation period thereafter, as was originally intended under the 2017 tax reform. The U.S. Congress Joint Committee on Taxation has concluded that this new legislation would have no impact on the federal budget deficit.

BOMA International has been urging Congress to correct the property life of QIP to 15 years and include QIP as eligible property for 100 percent bonus depreciation since the error was discovered in early 2018. For this new bill to become law, similar legislation will need to be introduced in the House of Representatives—which is expected to happen sometime in late March or early April.