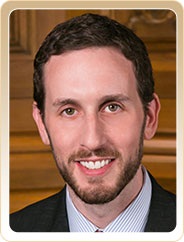 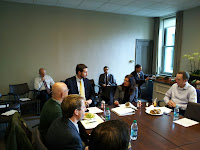 BOMA's Government Affairs Policy Advisory Committee members welcomed Supervisor Scott Wiener to a recent meeting.  Mr. Wiener provided an update of the initiatives he is working on including, Mobile Food Facilities, CEQA reform, and funding for the care of San Francisco's urban forest.  Mr. Wiener's office is still studying this issue and we'll post more information on the proposal in the near-term.

BOMA San Francisco members approve of competent and effective political leadership at any level of government.  It was refreshing then to listen to Supervisor Wiener elucidate the ongoing collegiality at City Hall. "The tone has changed; there is more productivity" said Wiener.

Indeed, Mr .Wiener mentioned a number of successful public policy measures negotiated by the San Francisco Board of Supervisors and Mayor Ed Lee recently that is a manifestation of this collaborative environment:

BOMA members thank Supervisor Wiener for his time and stewardship of rational public policy for all San Franciscans.

Email ThisBlogThis!Share to TwitterShare to FacebookShare to Pinterest
Labels: BOMA GAPAC, San Francisco Board of Supervisors