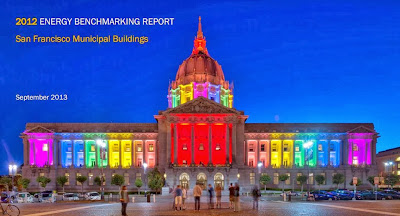 As the owner and occupant of hundreds of buildings, the City and County of San Francisco has chosen to lead by example and provide transparency about its own operations. The report also includes data on over 130 San Francisco Unified School District facilities.

By distributing this report on behalf of 26 different agencies, the SFPUC hopes to provide a fresh perspective on these public facilities, highlighting energy performance successes and focusing attention and resources on buildings that may benefit from energy improvements.

The catalyst for producing this report is the San Francisco Existing Commercial Buildings Energy Performance Ordinance approved by the Board of Supervisors and signed by Mayor Edwin M. Lee in February 2011.