From a recent article on the topic in the San Francisco Examiner:


And no other city in America has anything like it, said McCarthy, who watched as a pair of SFPUC workers took away a barrel of grease from Johnny Foley’s restaurant near Union Square.

“This is innovation, not regulation,” said McCarthy, who added that the EPA has no plans to bring grease recycling to Washington, D.C., or other cities but is “hoping other cities see how this works.” 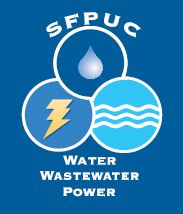 The 2011 FOG Control Ordinance was adopted by the Board of Supervisors on February 8, 2011; the law goes into effect on April 1, 2011.  If you have a tenant that will be impacted by this new law, please note that they can attend one of two upcoming workshops - click on the image below to enlarge:

The Proposed Fats, Oils and Grease (FOG) Control Ordinance was introduced at the Board of Supervisors on 11/9/10 and was assigned to the City Operations and Neighborhood Services Committee. The Committee held a hearing on the ordinance on 1/24/11 and voted unanimously to refer it to the full Board of Supervisors for approval.

Click here for a version of the proposed ordinance as it was introduced.  For additional questions on the proposed FOG Control Ordinance, email FOGOrdinance@sfwater.org.

The Proposed Fats, Oils and Grease (FOG) Control Ordinance was introduced at the Board of Supervisors on 11/9/10 and has been assigned to the City Operations and Neighborhood Services Committee. A hearing at this committee will be schedule in the near future after a 30 day period has passed from the date of introduction. Click here for a version of the proposed ordinance as it was introduced.  Also, see the Fact Sheet for the Proposed FOG Control Ordinance in English, Chinese and Spanish.

Fats, oils and grease (FOG), can be a major problem for San Francisco's sewers and for the bay and ocean that surround San Francisco. When not disposed of properly, FOG can clog San Francisco's sewers costing us all a lot of money —over $3.5 million each year to respond to grease clogged pipes. When poured down drains, cooking oil will harden and build up inside of drain pipes and sewer pipes, constricting water flow the way cholesterol affects blood flow in arteries. Grease blockages can also cause back ups in the City sewer system itself and can lead to sewer overflows onto City streets or into the bay and ocean.

Restaurants, and other food service establishments (FSEs), are a significant source of FOG because of the amount of grease used in cooking and other food preparation work. For several years, the SFPUC has been working - with input from Golden Gate Restaurant Association to develop a plan to prevent FOG from restaurants and other FSEs from entering the sewer system. The proposed FOG Control Ordinance is being developed to resolve/improve the problem.

San Francisco law already requires that restaurants and other FSEs comply with limits for the amount of total oil and grease that can be discharged into City sewers. The discharge limit alone, however, is clearly not working to keep FOG out of the sewers. The proposed ordinance will give local FSEs clear requirements on exactly what type of grease capturing equipment they have to install, resulting in standards and inspections to ensure that any type of grease capturing equipment is well maintained and serviced.

Ordinance Revisions:
For those interested in reviewing the revisions made in greater detail, the following documents are provided:
For additional questions on the proposed FOG Control Ordinance, email FOGOrdinance@sfwater.org.
Posted by John Bozeman at 1:28 PM