BART Modernizing Embarcadero and Montgomery Stations - Your Feedback is Requested 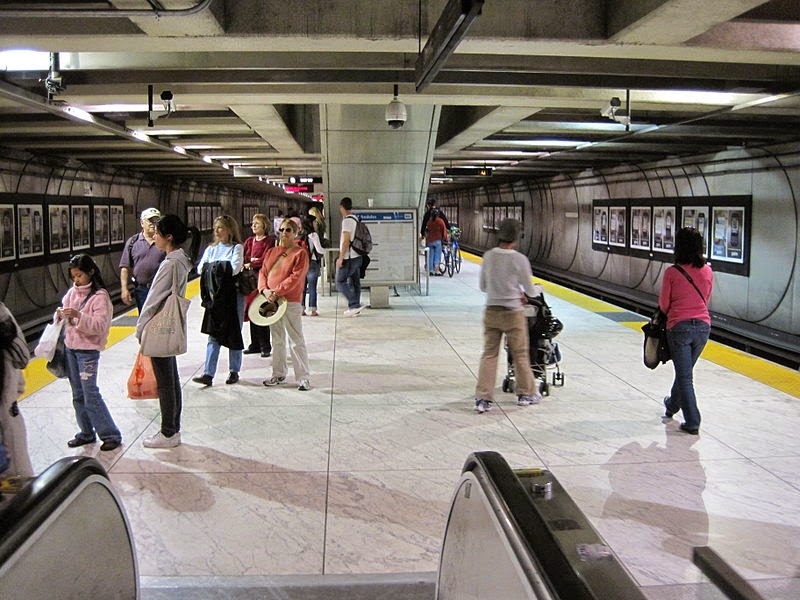 BART's average weekday ridership has now surpassed 400,000 per day and, during peak periods, almost half of all riders either board or exit at the Embarcadero or Montgomery stations. Aside from experiencing the most foot traffic, these two stations have the smallest platforms in the system.

As part of BART’s Station Modernization Program they are developing a comprehensive redesign of these stations to make the rider experience more comfortable and enjoyable. They want to hear from riders who use these stations.

Join the conversation by going to the project webpage to see the proposed modernization plan and take an online survey that will help BART prioritize the improvements.

Proposed station improvements include:
In addition, BART is identifying other modernization needs at Embarcadero and Montgomery to improve station functionality, safety, access, appearance, and the overall customer experience.
Posted by John Bozeman at 5:00 PM