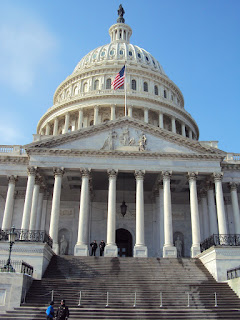 Earlier this month, President Trump signed legislation extending the National Flood Insurance Program (NFIP), which was set to expire September 30, until December 8. The NFIP is primarily responsible for providing coverage for flood damage; standard property insurance policies do not cover flood damage and even some private insurance requires the initial purchase of an NFIP policy. The extension of the NFIP was part of a larger package that raises the debt limit and funds the federal government. This legislation also authorized more than $15 billion in additional disaster relief funding, including funding for Hurricane Harvey recovery efforts.

BOMA International has been working with a coalition of real estate organizations to secure the long-term renewal of the program, as well as key reforms, including allowing policies to cover multiple buildings on a single campus and adding the option for properties to purchase business interruption insurance in tandem with flood coverage. The coalition also is asking that the mandatory purchase requirement for high-value properties be waived, as the NFIP is not able to cover these properties for their full value. These revisions would simplify and improve NFIP and strengthen community resilience across the U.S. The temporary extension of the NFIP gives Congress time to consider these important reforms to the program.

ADA Bill Passes Out of Committee

H.R. 620, the ADA Education and Reform Act of 2017, passed out of the U.S. House Judiciary Committee on September 7. The bill, which currently has 14 co-sponsors in the House from both sides of the aisle, would amend the Americans with Disabilities Act (ADA) to curb the practice of so-called “drive-by” lawsuits. These lawsuits are often designed to result in quick financial settlements rather than to remedy the alleged ADA infraction or increase accessibility. H.R. 620 would create a “notice and cure” period of 120 days to allow building owners and other businesses the chance to remedy an accessibility issue before the commencement of litigation.

The advocacy work being done by BOMA local associations is a critical part of the progress on this and other important industry issues. BOMA members across the country are currently lobbying their members of Congress while they are in their home districts as part of the National Issues Conference: Local Edition. BOMA International advocacy staff also are continuing to work with Congress to push the bill forward to a vote on the House floor and to introduce similar legislation in the Senate.