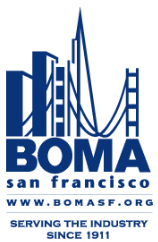 In response to calls from members regarding the state of homelessness and street behavior in the City and County of San Francisco, please take a moment to review the following information.

BOMA San Francisco’s Government Affairs Policy Advisory Committee (GAPAC) made homelessness and street behavior a key issue in 2016. They met with City and County of San Francisco (CCSF) Department staff in charge of homelessness mitigation coordination:
Click here to review our summary of the April 2016 meeting.

Based on the April 2016 meeting, the Government Affairs Committee decided to aggregate the resources available from CCSF to BOMA members to help with the various homeless and street behavior issues. Click here for more information about that document published in July 2016.

As you may know BOMA San Francisco members heard from Jeff Kositsky recently at a BOMA member luncheon this year on the progress his Department of Homelessness is making to help house those who are homeless and guide them to CCSF resources.

The City and County of San Francisco is focused on helping those less fortunate than most and they are trying. There is a sizable amount of resources that the CCSF is using to try to lessen homelessness and questionable street behavior. Collectively, CCSF staff point to a few things to consider:
BOMA is here to help connect you to the resources the CCSF provides. Please email johnb@boma.com.
Posted by John Bozeman at 4:56 PM