BOMA San Francisco's leadership has endorsed London Breed for Mayor. We encourage members to learn about her campaign (www.londonformayor.com). 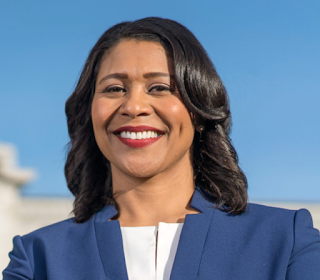 Our organization also OPPOSES two commercial rent tax measures - Propositions C and D - on the June ballot in San Francisco. The details of those measures are below.

While the various programs and services that are proposed to be funded by each measure may have merit, such "one-off" tax measures targeting commercial rents (with certain exceptions) avoid the much-needed comprehensive budget review that good governance requires. The two commercial rent tax measures on our June ballot abort good-governance and would be very costly to employers, small and large alike.

A Joint Report by the Controller's Office, Mayor's Office, and Board of Supervisors' Budget Analyst in December 2017 shows the City in a deficit starting in FY 18-19 at (88.2) million and in FY 21-22 at (709.3) million. Prudent use of existing resources might help alleviate budget constraints that are projected in the short-term. And now is NOT the time to hike taxes.

Current law requires commercial building owners to pay a blend of a payroll tax and .3% on gross receipts from leases to the City and County of San Francisco. That money goes into the City's general fund. There are two new gross receipts tax measures on the June 5, 2018 ballot that would impose additional taxes on commercial rent. These additional taxes would be dedicated to fund specific programs. The two new taxes on the ballot are: