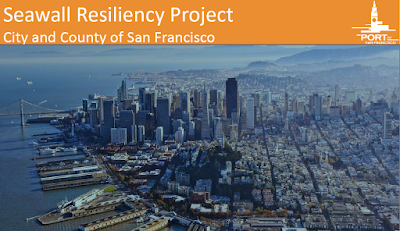 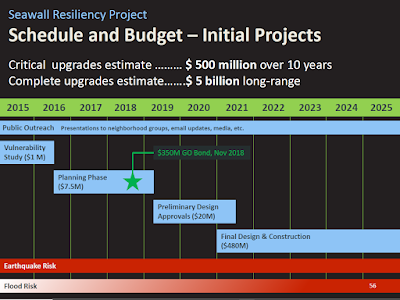 The overall cost is estimated at $5 billion dollars with some of the initial funding coming from various sources including possibly through the State of California (AB 2578) via a measure introduced by Assemblymember David Chiu.

San Francisco’s Embarcadero Seawall was constructed more than a century ago and is the foundation of over three miles of the city’s northeastern waterfront stretching from Fisherman’s Wharf in the north to Mission Creek in the south.

With over $100 billion in assets and economic activity along the waterfront, the Seawall underpins the Historic Embarcadero Promenade, many of the city’s iconic tourist destinations, parks, restaurants, and local businesses – all drawing in the more than 24 million people who visit the waterfront each year.

All of today’s activity along the northern waterfront is made possible by the Seawall at its base.