Proposition 13 Split-Roll Tax Would Backfire On The Economy 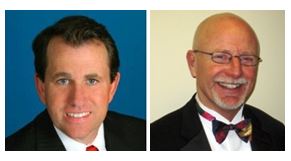 Split-Roll Tax Would Backfire On The Economy

Why should you care if Proposition 13 opponents raise taxes on commercial real estate properties through their proposed “split-roll” tax? You’ve got no skin in that game, right?

Dead wrong! The split-roll proponents say they’re just raising $6 billion in needed government revenues by rejiggering the tax rates. Who do they think owns these buildings? Owners include hundreds of thousands of small investors in real estate investment trusts and other forms of collective real estate ownership. Retirees who depend on pension funds, insurance annuities and their own personal portfolios to supplement their incomes will lose revenue.

And what will happen when landlords pass through those tax hikes to their tenants — as most leases require? You will be indirectly affected even if you pay no taxes and own no shares of commercial real estate. In fact, almost 400,000 workers are predicted to lose their jobs across the California economy if the split-roll proposal passes.

Let’s do some simple economics. When you increase any company’s taxes, it must reduce its spending on employees, goods, services, and research and development. This reduction impacts the entire community a little bit. If thousands of companies (commercial tenants) must absorb these hidden tax hikes, then their spending reductions impact the community on a massive scale.

The government will enjoy the new property tax revenue for only a short while before the greater tax impact is felt by the entire community. Less business spending translates into declining revenue from other taxes, such as income, sales and user fees. These are the revenues all governments need for vital services such as mass transit, police, fire, education, infrastructure maintenance and repair, sanitation, etc.

When people are laid off, government must boost spending on unemployment benefits, medical, housing and so on, further reducing its finite resources. The proposed “split-roll” tax would convert some taxpayers into costly welfare dependents. When businesses spend less on merchandise and services, other businesses must cut back, producing a secondary downward spiral … and so on.

At some point, tax-and-spend proponents will wring their hands and realize that increasing property taxes on commercial entities failed to produce the money they want for their programs. So what will they propose next? Increasing property tax rates on every type of property including homes, apartments and nonprofit institutions? Such a move would just further reduce the buying power of every taxpayer and citizen in California, who would have less money to spend on goods and services, further slowing down our state’s economic growth.

The unintended consequences of this ugly and ill-conceived split-roll tax proposal by well-meaning government officials ignores the complex repercussions such an action would have on California’s economy, effectively reversing the slow recovery our state has experienced to date. It’s time to write your state Assembly representative and senator and urge them not to support this indirect attack on California’s small businesses and to withdraw any support for a split-roll tax.

A macroeconomic study out of Pepperdine University about the net impact of the split-roll proposal concludes that raising $6 billion in this manner “would result in lost economic output and decreased employment,” including as much as “$71.8 billion dollars of lost output and 396,345 lost jobs over the first five years of a split-roll property tax regime. These losses would be even greater in succeeding years.”

Simply put, promoting higher property taxes on commercial properties — a split-roll tax — doesn’t make economic sense. Passage of such a measure would be a Pyrrhic victory at best.