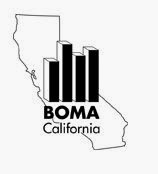 The California commercial real estate industry had great successes during the 2013 California State legislative session on a number of key issues: the implementation of major reforms to the state’s ADA law, stopping several efforts to advance split roll property tax and reforming the way building codes are written.

Take a moment to review the full list by clicking here, to see how BOMA California advocates for member interests in Sacramento.  The following are the chaptered bills that BOMA California members supported and those measures that they opposed and were subsequently defeated or vetoed.   Please click here to find more information about how an individual bill proceeded through the legislative process.