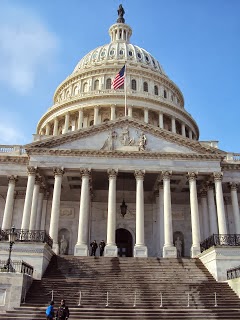 The United States Congress returned this week to kick off the second half of the 113th session and election-year politics are expected to play a significant role in what may - or may not - get accomplished before the end of 2014.  Even with a divided government and November elections on the minds of members from both parties, it is possible that significant legislation may be passed, albeit a bit more difficult.

As for commercial real estate industry, Congress must decide how to address such issues as the now-expired 15-year timeline for the depreciation of leasehold improvements, as well as the tax deduction for energy efficient improvements (179d). It also must address extending the Terrorism Risk Insurance Act (TRIA), which is set to expire at the end of 2014. With 35 Senate seats and all 435 House seats up for grabs later this year, Congress’ ability to address politically polarizing issues, such as comprehensive tax reform or immigration policy, will be significantly hindered.
Posted by John Bozeman at 3:52 PM