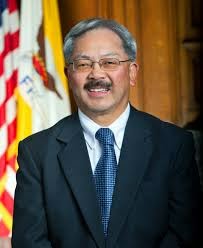 Mayor Ed Lee has launched the City’s Congestion Management Strategy to improve traffic flow and safety, especially in the South of Market neighborhood where construction and growth remain the highest in the City.

Parking Control Officers will also focus on preventing gridlock by enforcing 'blocking the box' violations, which is a strategy that has proved successful based on a Summer 2014 pilot that reduced blocking the box by 82 percent at key intersections near the Bay Bridge and Ballpark. SFMTA will enhance double parking enforcement, which causes congestion and makes it difficult to drive, walk, and bike safely on City streets, target PCO deployment on streets with high-ridership Muni buses and heavy traffic flow, and double SFMTA engineering and field staff to ensure that commercial districts have enough loading zones, and to install them quickly where they are lacking. SFMTA will also double staffing in construction inspection to ensure that developers and construction companies comply with the terms of their permits, and do not block any more lanes, bus stops, or parking spaces than they are permitted to.

Over the next two years, additional efforts will focus on data and technology, planning and enforcement. SFMTA will assemble currently available real-time data from traffic cameras and public information cutting-edge public data feeds to establish a monitoring function in its new TMC. By the end of next year, SFMTA will connect the City’s traffic signals to the TMC to allow engineers to diagnose signal problems in real time, fix signals quickly, and manage traffic peaks during rush hours and special events. SFMTA will use its real-time Twitter feed to provide and receive traffic info, just as it currently provides Muni info.

SFMTA will also use new data on traffic flow from Commuter Shuttle Pilot participants, Muni buses, regulated vehicles, and some private sector partners to identify bottlenecks in the traffic and Muni network, and to make better decisions about construction permit stipulations and targeting traffic enforcement resources. SFMTA will make street closure information (e.g., from ISCOTT and Special Traffic Permits) available on datasf.org and work with developers to incorporate that information into mapping and navigation products.