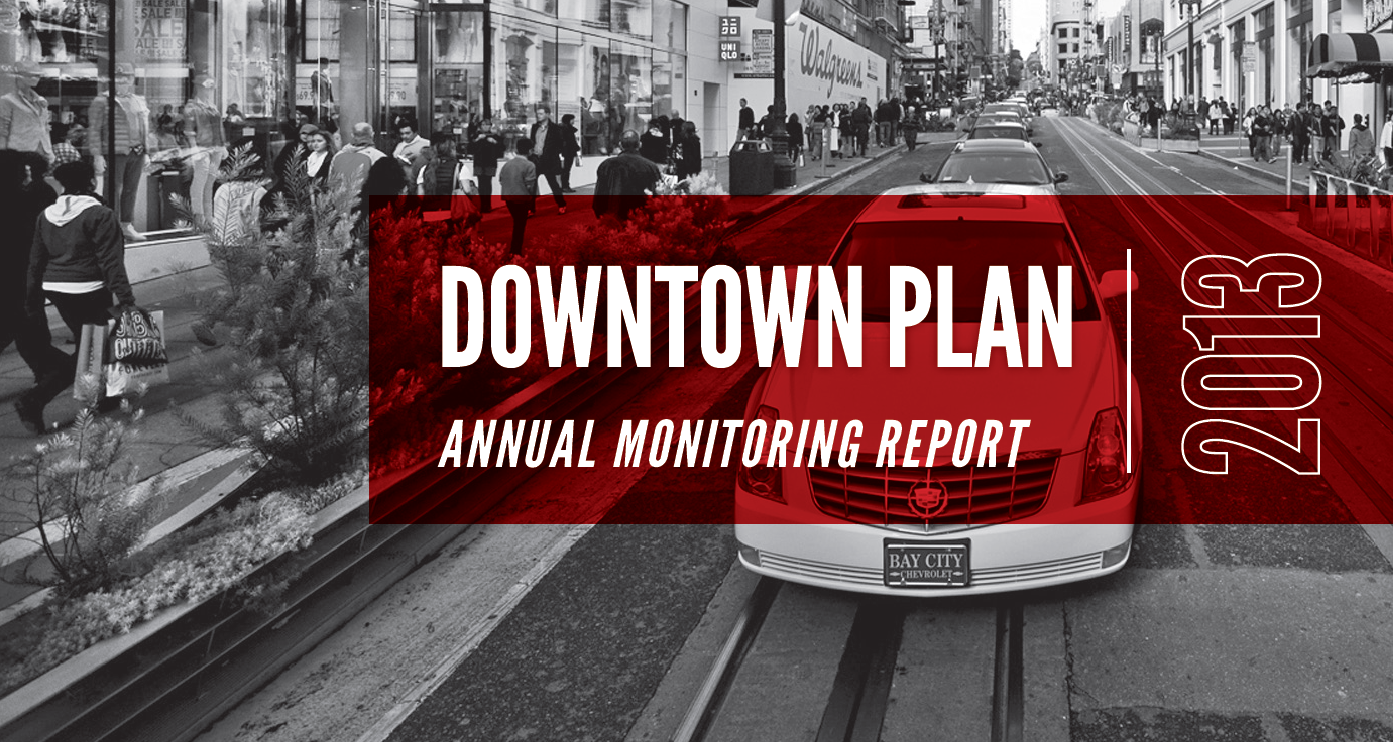 It summarizes business and development trends affecting downtown San Francisco as required by SF Administrative Code, Chapter 10E, and reviews data for 2013. It notes changes in the amount of commercial space, employment, housing production, parking supply, collection and use of fees and other revenues relative to the objectives of the Downtown Plan and mandated monitoring requirements.

In summary, the report found that Downtown San Francisco continued to be a resilient district for the city and the region in 2013, largely because of Downtown Plan polices. Adopted in 1985, these policies have enhanced Downtown San Francisco’s physical qualities and strengthened its position as a regional commercial center. The annual changes in Downtown land use, employment and transportation trends are summarized in the first four pages of the report, in the section entitled “2013 Summary & InfoGraphic.”

In addition, the report indicated that the downtown and citywide economy continues to recover as evidenced by increasing development and rents, declining vacancy rates, and growing employment, tax revenue and use fees. The report indicates that the economy is recovering downtown and citywide as evidenced by rebounding development, declining vacancy rates, increasing rents, stabilizing employment, growing tax revenue and use fees, high transit use, and stable mode share.