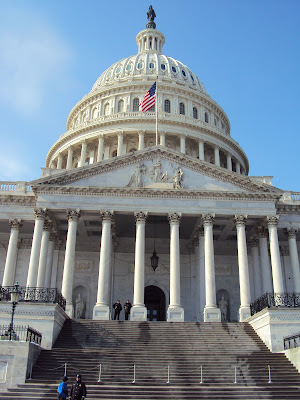 Congress left Washington D.C. last week to campaign for the November election not having addressed important commercial real estate tax issues.  Unresolved is the capital gains tax increase, which, as part of the 'Bush-era tax cuts,' is scheduled to return to 20 percent from the current 15 percent rate at year’s end. Congress also again failed to address the extension of the 15-year timeline for leasehold improvements that expired at the end of 2009, part of the tax “extenders” that has been packaged with a tax increase on carried interest.  The future of all these provisions is unclear and rides largely on the outcome of the election as to how they will be handled in the lame duck session or in the 112th Congress.
Posted by John Bozeman at 2:08 PM