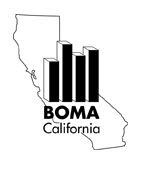 AB 448 is very similar in approach to a bill that was introduced last year, but died on the Assembly Floor.  It would change Proposition 13 to make it easier to raise property taxes on corporations.  It would impose a complex and burdensome, split roll property tax by redefining 'change in ownership' as it relates to legal entities and publicly traded companies.

A review of the bill from CalTax reveals that AB 448 would:
The bill is set for hearing in the Assembly Revenue and Taxation Committee on Monday, May 16.  On the ground efforts in Sacramento are being led by Cal-Tax, CalChamber, and the CPBA to educate members about the harmful impacts of raising taxes on properties.

Please email Matthew Hargrove at mhargrove@cbpa.com if you are interested in adding your company to the coalition letter opposing this measure.
Posted by John Bozeman at 3:43 PM