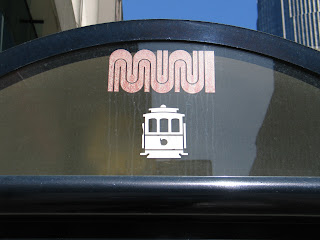 The Board of Supervisors and Mayor Gavin Newsom recently struck a Muni budget compromise that will allow the San Francisco Municipal Transportation Agency (SFMTA) to address its $129 million dollar budget shortfall by increasing fares and reducing or eliminating a number of Muni transit lines.

Unfortunately, as reported in today's Examiner (pp. 24-25), Muni may be scaling back the number of fare inspectors that it planned to hire due to the budget deficit. The agency has 46 fare inspectors for 80 transit lines, which encompass over 1,000 vehicles in the Muni fleet. It's clear the agency needs more help on enforcing payment of transit fares.

As we had previously blogged, BOMA San Francisco recently sent Roberta Boomer, the Secretary to the SFMTA Board of Directors, a letter detailing the association's position regarding reasonable Muni fare increases (we supported them, indeed, we would rather have fare increases than service cuts); evasion of fare payment (we mentioned that we would like to have Muni increase its enforcement of fare evaders); and, reworking the labor contracts for municipal railway employees.

In the letter to Ms. Boomer, we also mentioned our opposition to any increase to parking meter fares, public garage rate increases, or expansion of metering times. We feel that such actions would discourage visitors and residents from patronizing our tenants' businesses and would be hurtful to the city's small business communities.

BOMA San Francisco's Government and Public Affairs Committee will be discussing the SFMTA's budget issues with Nathaniel P. Ford, Executive Director & Chief Executive Officer of the SFMTA, on June 3 at 12 p.m. at our office. Please contact Susan Court at scourt@cwpmc.com if you would like to join the committee.
Posted by John Bozeman at 12:54 PM