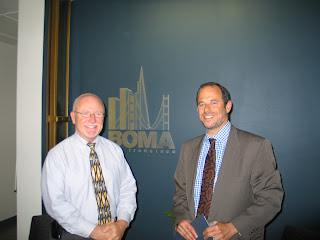 The proposed bond measure will have a 20 year maturity--which is also the length of road service life--for 5 years of street improvements. The bond is necessary, according to Mr. Reiskin, as funds allocated from the City's General Fund for street improvements will be exhausted by the end of the fiscal year. There are no future funding prospects, and competition from other city departments for general fund dollars in future will be fierce.

Other issues include:
As always, your BOMA Advocacy Team will be monitoring the Road Repair and Safety Improvements Bond and will post any new developments on the blog.